Polar Shades – Made in the Nevada shade 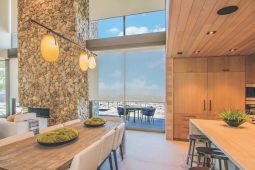 With 300 sunny days a year, Las Vegas knows a thing or two about getting out of the heat. That’s where Steve Mevius, founder of Polar Shades and Las Vegas native, found himself in 1994 when he began building and installing solar-protective window screens for his friends and family in the area. Through hard work and determination over 25 years, what started as a hobby for Mevius has turned into a nationwide phenomenon.

Every entrepreneur begins with an idea and a little free time, and Mevius took full advantage of both. Working 40 or more hours a week as a Customer Service Manager in the early years, by the year 2000 he and his father had leased their first warehouse, and Polar Shades, Inc. was born. “We both didn’t take a paycheck until 2004, choosing to reinvest every single penny we could on material, equipment, and employees,” says Mevius, “The most valuable entrepreneurial lesson for me was to create relationships with our customer through honesty, integrity, and never lowering our values for a project.”  This dedication to craft and customer helped Polar Shades stand out from the crowd, and soon they had contracts in New York, Florida, Tennessee, Texas, California, and other states around the nation, and now manufacture over 85,000 shades every year in their new, 50,000 sq. foot state-of-the-art facility in Las Vegas, NV.

However, Polar Shades’ rise hasn’t been obstacle free. They’ve often been overlooked by the huge hospitality industry in their own city. “The only casino owner that gave us a chance was Mr. Sheldon Adelson, in which we supplied our products for the Venetian and Palazzo, ahead of schedule,” says Mevius, “We consistently exceed the standards of our industry yet struggle with the Las Vegas hospitality business.” However, the Las Vegan is proud of the fact his product is made in Nevada, and believes more should be done to promote local business. “It starts with [the government] promoting Nevada businesses to Nevada businesses. [We] can’t stand to see similar products to our coming in from Mexico to the Las Vegas Strip properties. It instills pride in our Polar Shades team to see our shades in various resorts, golf courses, actors and actresses houses, and knowing that we are made in Vegas.” 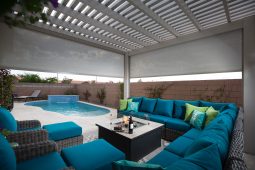 Polar Shades has grown from one man with an idea into a flourishing business making a real splash in the industry, and this is what continues to drive Mevius. “Taking a backyard hobby into a multi-million dollar business with 60+ employees through determination and drive is definitely our biggest success.” And they have no plans to stop any time soon. In five years, Mevius hopes to “double our size and revenue and have our product in every single hotel in Nevada.” And while that may seem like a lofty goal, just look at how far they’ve come already. As a finally piece of advice to young entrepreneurs everywhere, Mevius said simply, “Believe in your dreams, and through hard work, honesty, and integrity, the ‘American Dream’ can be your reality.” 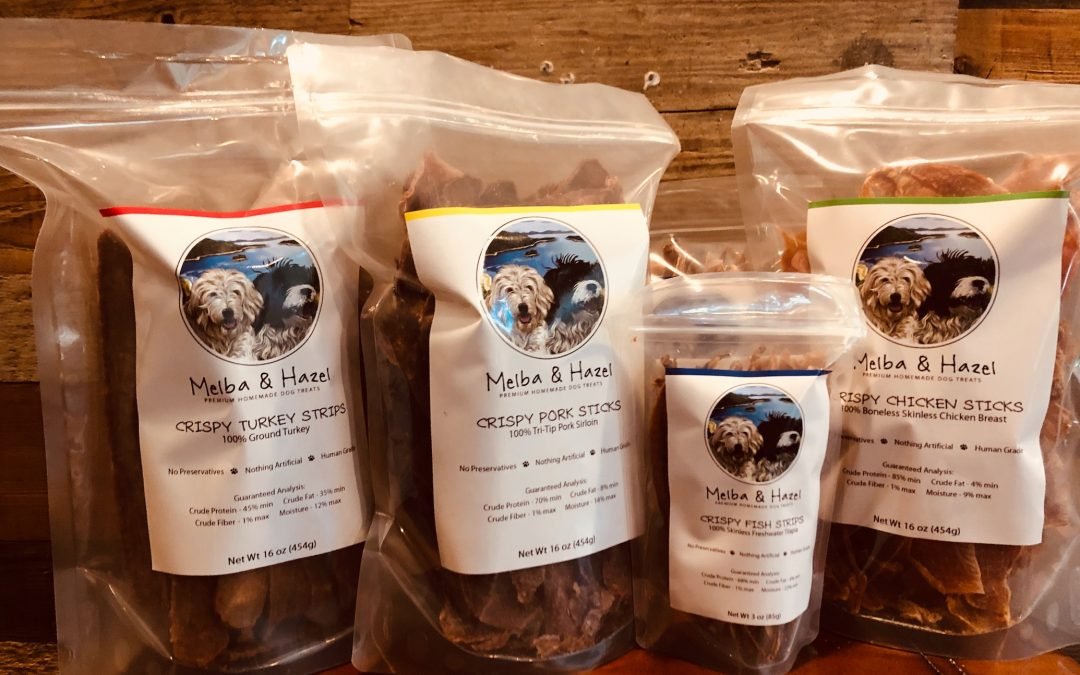 Anyone who has ever owned a pet understands the frustration of trying to find a healthy dog treat that your fur-baby will love. Throw allergy considerations and dietary restrictions on top of that, and it can seem next to impossible to give your pup a treat that checks all your boxes. That was the dilemma Joel White found himself in with his dog, Melba, who continued to have severe allergic reactions to ingredients common to most dog foods and treats. Joel decided to take matters into his own hands and (after consulting with a vet) began to develop his own dog treats, gaining rave reviews from his friends who encouraged him to begin producing treats for them – and Melba and Hazel was born.

The path of an entrepreneur is never clear or certain, but taken one step at a time a small idea can grow into massive success. After Melba & Hazel developed their four mainstay products (100% Boneless, Skinless Chicken Breast; 100% Tri-Tip Pork Sirloin; 100% Lean Ground Turkey; 100% Skinless, Freshwater Tilapia) they began testing their products at local farmers’ markets and community events. “Once we’re able to have a dog taste our treats, we are confident in building a solid customer base,” says Joel.

But sustained growth still seemed to elude the burgeoning company. Based in Incline Village, NV, Melba & Hazel had difficulty drawing foot traffic to a physical location and had to work hard to establish a brand and marketing techniques that would draw in business. With a little elbow-grease, Melba & Hazel has developed “a uniformly positively reputation for having a quality product” and have expanded their online-customer base into 25 states. 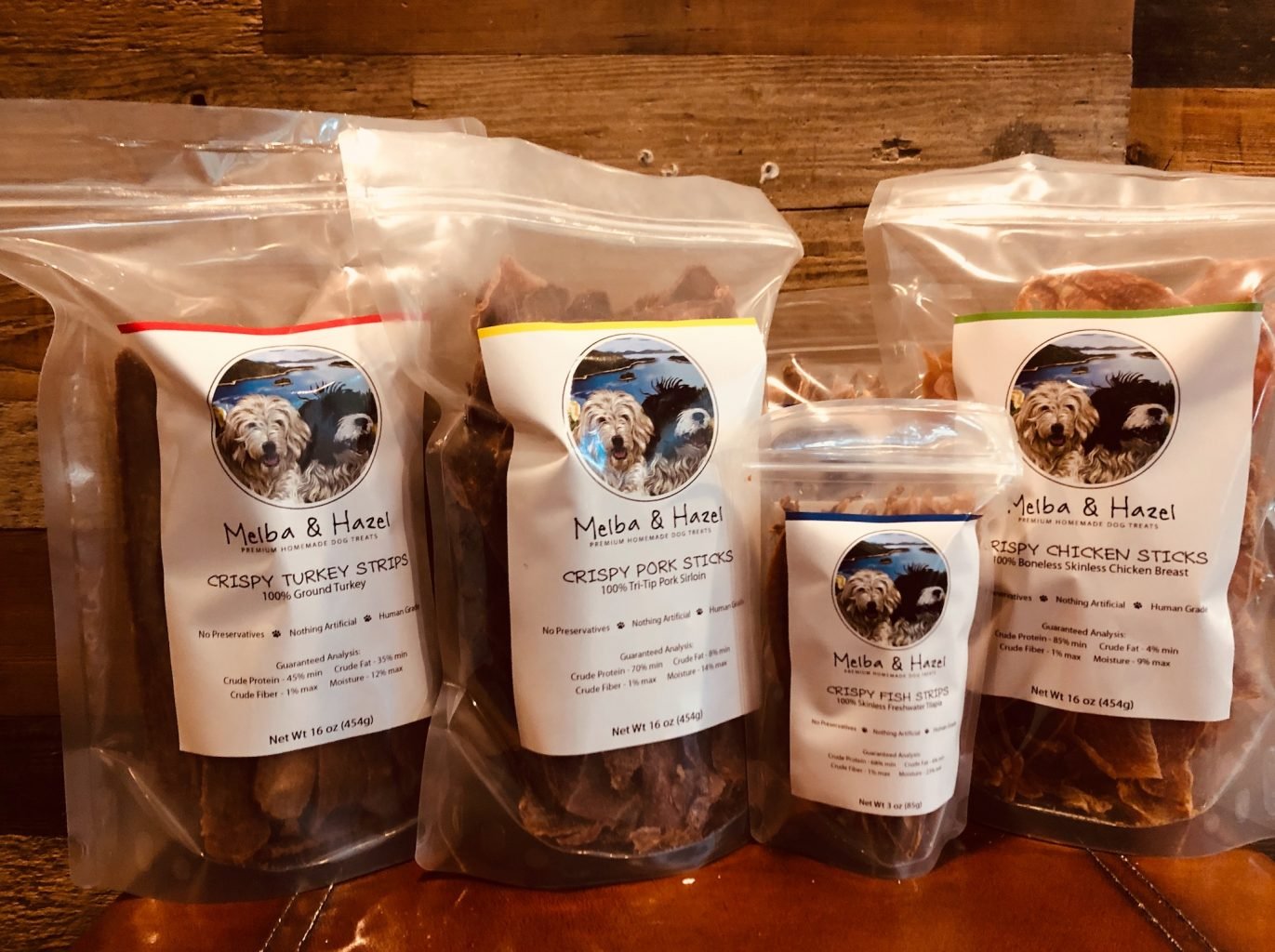 “Envision what you want your business to be, then outline the steps necessary to opening that business,” says Joel, “it will be a learning process, and each step that you can anticipate will make things easier and allow you to avoid surprises and/or missteps along the way. It’s a big leap from doing something as a hobby to having a sustainable and rewarding business.”

While building a marketing strategy and creating a customer-base are key to small business success, it takes connections and community to really establish a brand. That’s where Made in Nevada came in to connect, promote, and support Melba & Hazel in-state and beyond. “We joined Made in Nevada because we wish to build upon the sense of community that has allowed us to share ideas and develop relationships,” says Joel. Legislative Day, Showcase Nevada, and BizBash networking events are all designed for Made in Nevada members to connect with customers, potential business partners, and state lawmakers – growing the Nevada business community into a web of passionate and supportive entrepreneurs!

Growing a network means increased visibility, and Melba & Hazel are taking full advantage of every opportunity. This year, you can find them at Wyld Market events in the Reno area, the Carson Farmer’s Market, Truckee Thursdays Street Festival, Ski Run Farmers’ Market and the Austin Pet Expo! And this is only the start for the pet food company. “Our goal is to have a viable and sustainable business extending throughout the United States, online and through more physical locations,” says Joel, “We draw immense satisfaction in being recognized as having quality products that all dogs love.”