The Chocolate Shoppe by Sweet Images – Sweetening the Silver State 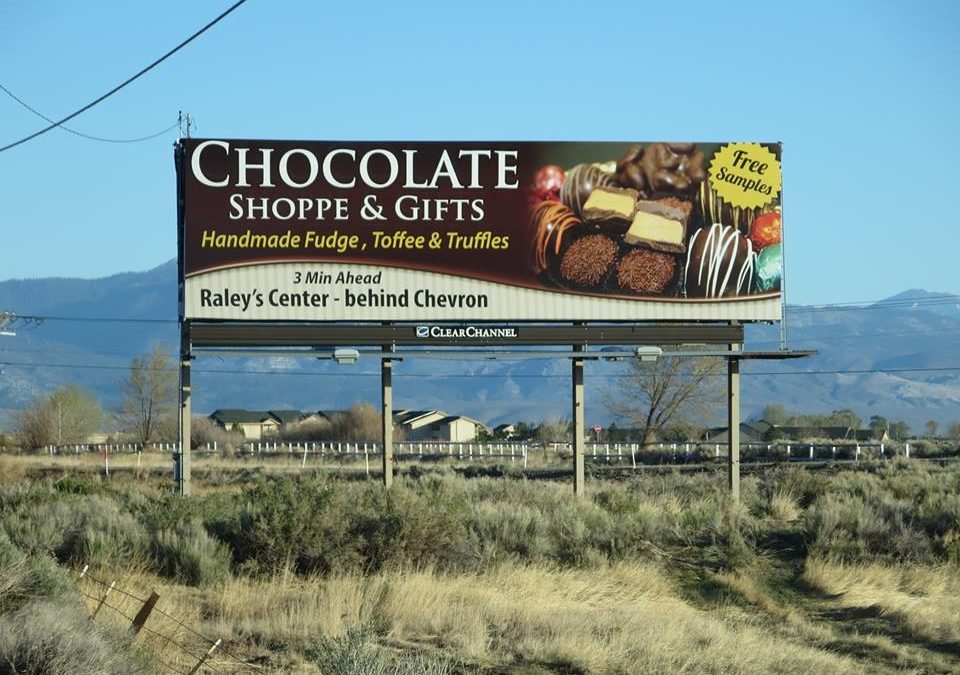 In the bustling town of Gardnerville, Nevada, lies an award-winning candy shop that takes sweet treats to a whole other level. The Chocolate Shoppe story is one of struggle, determination, and evolution – a beacon to Nevada entrepreneurs that strive to carve out their own piece of the American Dream.

Lynn Falcone has always had a passion for sweets, and dreamt of one day owning her own chocolate shop. While working in New York City in the 1970’s, she was able to apprentice at several high-level bakeries and confectionaries to learn the tricks of the chocolate trade, and continued to hone her craft until 1994. That’s when fate intervened. Falcone was working with a company that, for the first time ever, was able to reproduce photo-realistic images and graphics directly onto cakes. Though the technology was at its beginning stages, Falcone instantly saw an opportunity to break into a new market. She decided to start her own company called ‘Sweet Images’, and moved the photo-reproduction business to include cookies, chocolates, Rice Krispie Treats and more, eventually moving her business online – a bold move in those days. After struggling for a few years, Sweet Images was able to attract several large photo-gift websites, including Kodak, to sell their products. Business boomed for quite a while, until technology shifted again.

The advent of cell-phones brought with it a sea change in the film industry. As digital copies became the norm, consumers no longer needed to get their photos printed, and Sweet Images biggest customers went the way of the dinosaur. Falcone refused to sell a lower-quality product, and decided to open the chocolate shop she had always dreamed of. “I had been testing and perfecting recipes for decades! It was either open the store or get a “real” job – so we did this,” said Falcone. The Chocolate Shoppe opened in 2012, and has grown into a Gardnerville staple, winning the Carson Valley Chamber of Commerce Business of the Year and Carson Valley Business Council Retail Store of the Year in that time.

“If I could give one piece of advice to a young entrepreneur, it would be to know your customer!” Falcone says, “Your customers will help you determine the path of your business. Listen to them – they will tell you what they want!” The Chocolate Shoppe has thrived on this advice, pivoting to new products when tastes and technology change. The ability to adapt has sustained business through lean times brought on by geography and employee shortages, and joining local organizations like the Carson Valley Chamber of Commerce and Made in Nevada have assisted in creating brand awareness. Being a Made in Nevada brand is a point of pride for Falcone and her employees. “We are very Nevada-centric here – we love our state!”, said Falcone, “Made in Nevada is always out there trying to recommend us to potential customers. Plus, having all the “Made in Nevada” signs make our customers VERY happy to see them!”

The future looks bright for The Chocolate Shoppe, but after almost 30 years of success, Lynn Falcone is ready to see it behind her. “I would love to be retired and either sell the business, or set up the employees to manage and run it,” Falcone says. Whether Falcone is there or not, the Chocolate Shoppe by Sweet Images will continue to make unique, high-quality treats for all-ages.

Get 20% off your holiday order when you join their loyalty program today at http://www.chocolateshoppe.us/